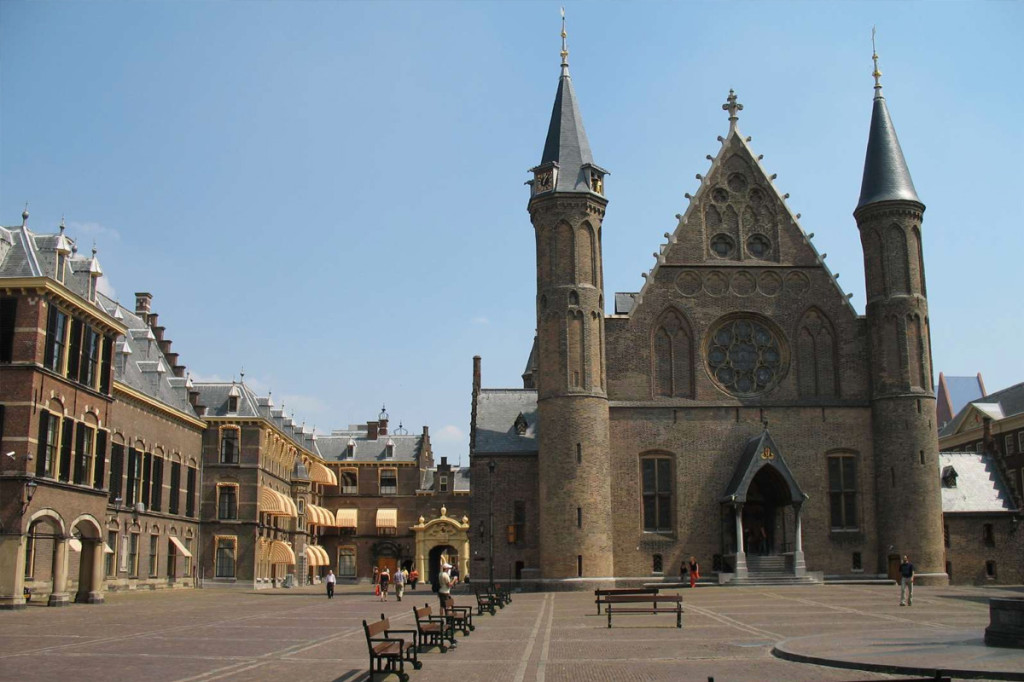 The Binnenhof (Inner Court) is a square in The Hague city centre. At its centre, one finds the Ridderzaal (Hall of Knights) and the square is lined by parliament buildings and government buildings. The square forms the very heart of Dutch government.

This is where the House of Representatives meets, where the Prime Minister works and where the Ministers hold their weekly consultations. Once a year, the Senate and the House of Representatives meet in the Ridderzaal in a Joint Session of the States General. This session takes place on the third Tuesday of September, i.e. Prinsjesdag (Prince’s Day). It’s also known as ‘Budget Day’, on which day the Dutch head of state presents the government’s plans for the coming year in the ‘King’s Speech’.

The oldest buildings at the Binnenhof were built in the early thirteenth century and so have seen quite a few residents come and go. From counts, Stadtholders and Louis Napoleon to the Reichskommissar Seyss-Inquart during the German occupation of the Netherlands.

ProDemos’ Visitor Centre can take you on a tour of the buildings that surround the Binnenhof, or on a politically or historically themed walk around The Hague’s city centre.

From Hotel Leeuwenbrug to the Binnenhof