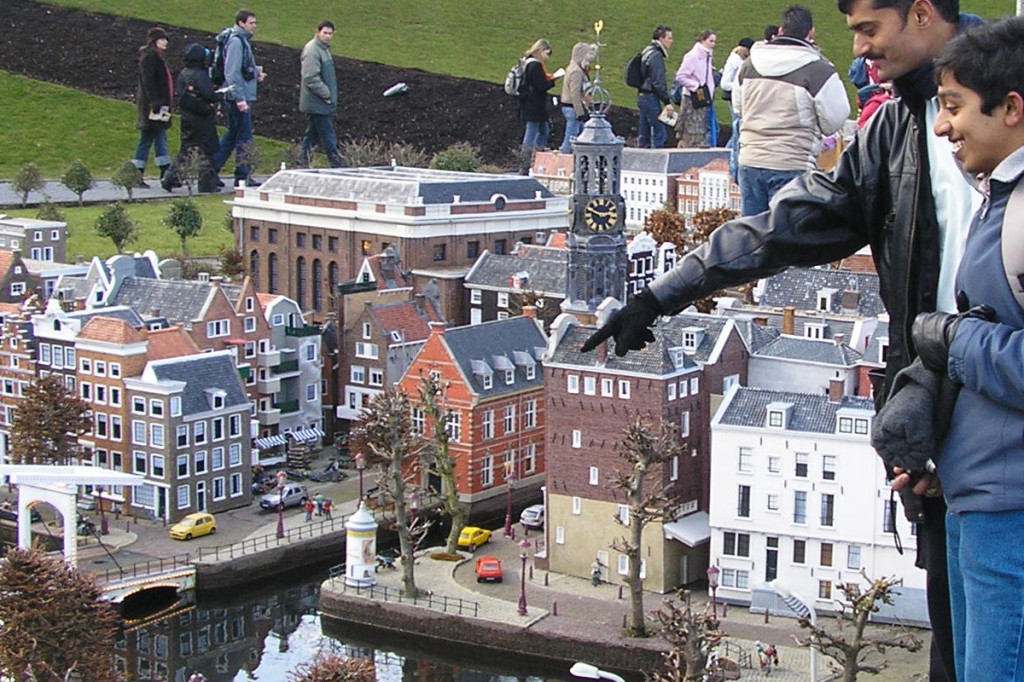 Madurodam is a miniature park and tourist attraction in the Scheveningen district of The Hague, Netherlands, home to a range of perfect 1:25 scale model replicas of famous Dutch castles, public buildings, and large industrial projects as found at various locations in the country. The park was opened in 1952 and has been visited by tens of millions of visitors since that date.

Madurodam was named after George Maduro, a Jewish law student from Curaçao who fought the Nazi occupation forces as a member of the Dutch resistance and died at Dachau concentration camp in 1945. In 1946 Maduro was posthumously awarded the medal of Knight 4th-class of the Military Order of William, the highest and oldest military decoration in the Kingdom of the Netherlands, for the valor he had demonstrated in the Battle of the Netherlands against German troops. His parents donated the funds necessary for the Madurodam project.

The park was the inspiration for Storybook Land, an attraction opened at Disneyland in 1956 and at Disneyland Paris in 1994.[1] Additionally, it was a visit to Madurodam that inspired Fernando de Ercilla Ayestarán to promote construction of the Catalunya en Miniatura project, one of the largest miniature parks in the world, opened in Catalonia, Spain, in 1983.

The miniatures and their stories come to life in the new Madurodam. There is more to see, to experience, and especially to do! Roll up your sleeves: you can now load the containers on a cargo ship in the port of Rotterdam, have a plane take off from Schiphol and operate the Oosterscheldekering storm surge barrier to prevent the village that lies behind from flooding. Do it yourself!

You also experience together the stories behind many buildings in the Netherlands. During the process, you discover what makes the Netherlands so special and unique. And when you are done, you can let off steam in the new themed playground. In short, come and experience what makes a small country so big at Madurodam!

From Hotel Leeuwenbrug to Madurodam